Indium is an element in the game. Working together, the two scientists isolated a sample of the new element and announced its discovery. They named the new element indium, after the Latin word indicum, meaning violet.

"You can find this blob in LCD screens. Imagine if all screens would sound like this for real? That would be funny!"

How to change Indium[edit | edit source]

Appearance: A blue element with white lips, blue eyelids and red cheeks. She looks like a cat and has triangular ears.

Anyone (they are elements) Tin 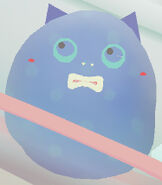 indium in the centrifuge 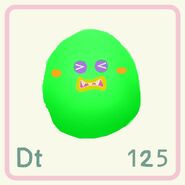 Add a photo to this gallery

Retrieved from "https://toca.fandom.com/wiki/Indium?oldid=5452"
Community content is available under CC-BY-SA unless otherwise noted.